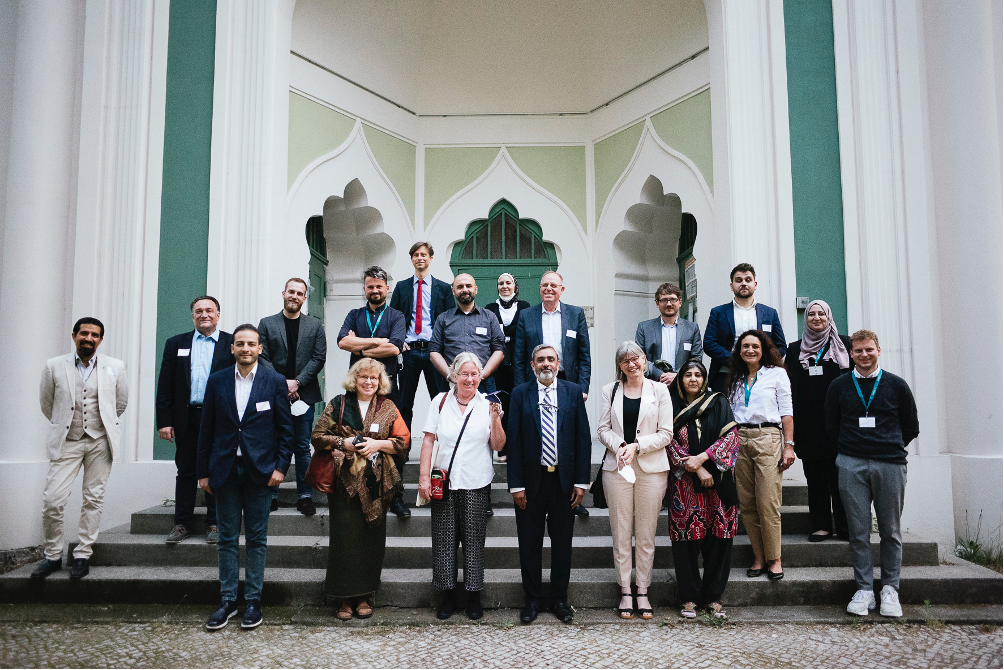 Today, the AIWG published its conference report titled „Approaches to Cooperation between the State and Muslim Communities: Training of Muslim Religious Professionals in Europe“. The report summarises all important results and information from the international conference of the same name in Berlin in June 2021, which was initiated by the AIWG within the activities of its International Programme. At the conference, which was funded by the German Federal Foreign Office, selected experts from Germany and abroad discussed how the domestic training of Muslim religious professionals can be improved. (For German version please click here)

At the two-day conference, participants from 14 countries discussed how the challenges in the field of training and working conditions of Muslim religious professionals in Germany can best be met with the resources available. In addition to exchange on different models of cooperation between the state and Muslim communities in Europe, various national and transnational training programmes were presented.

This conference report presents the results of these exchanges in detail; here a brief teaser:

The conference report also offers a summary of the discourse so far as well as a brief outlook on future thematic priorities. Participants of the International Programme as well as interested parties from academia and the public can thus benefit equally.

„The report summarises the many facets of the topic that were highlighted at the conference with examples from different countries. It gives all interested persons an insight into the ongoing discussion, which is currently relevant and similar in different regions of Europe,“ says Dr Raida Chbib, Executive Director of the AIWG and head of the International Programme.

The international conference, financed by the German Foreign Office, makes an important contribution to the exchange and networking of institutions and actors from politics, research and society. The conference report in English is now available for download on the AIWG website.

An overview of all reports and publications published so far can be found here.

You can find out more about the International Programme here.